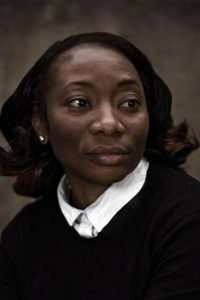 How will the voices of newcomers impact on the future of the Irish literary landscape?
Award-winning writer and social commentator Nikesh Shukla’s new novel The One Who Wrote Destiny tracks a family across continents and decades. He edited The Good Immigrant, in which 21 writers explore what it means to be Black, Asian and Minority Ethnic in contemporary Britain. Melatu Uche Okorie began to write while living in the Irish direct provision system. Writer Lia Mills described her debut This Hostel Life, published by Skein Press, as taking us ‘to places we might not want to go within ourselves and to worlds we haven’t seen before in Irish writing’. The two writers discuss the migrant experience as the driving force behind their fiction. The event will be introduced by Dr Liam Thornton, UCD Sutherland School of Law. 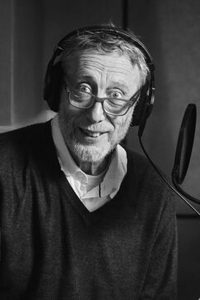 We are delighted to welcome Michael Rosen to Dublin for this very special partnership event with Poetry Ireland. The acclaimed and award-winning author of over 140 books of poetry, stories and politics, Michael Rosen was the UK Children’s Laureate from 2007 to 2009, and is currently the Professor of Children’s Literature at Goldsmiths University. Known for being one of the engaging live performers around, don’t miss your chance to hear some of his favourite poems and stories! 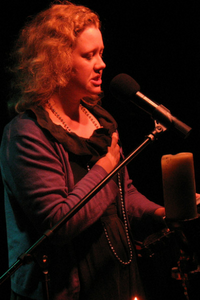 Experience a wonderful traditional form that has the power to bridge generations! Poets Lee Ann Brown, Stephen James Smith and Catherine Walsh and singers Helen Diamond and Macdara Yeates explore the ballad tradition through songs and stories. Their journey takes in many contemporary approaches, including experimental poetry, spoken word, and traditional singing from both Ireland and the Appalachian Mountains. 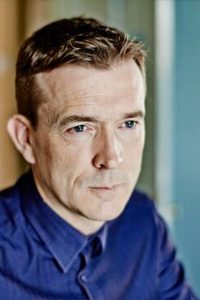 [button color=red size=small link=httpss://smockalley.ticketsolve.com/shows/873587798]Book Now[/button]
What do Joni Mitchell’s Blue and David Bowie’s Ziggy Stardust and the Spiders from Mars have in common? ‘The songs on Blue are pages torn from a raw autobiography’, according to writer David Mitchell, while Deborah Levy described Ziggy Stardust as ‘throwing petrol at the naked flame of teenage longing and desire for another sort of life.’ Inspired by the popular Long Players feature in the New Statesman, this event brings David Mitchell and Deborah Levy – and their cherished albums, with tracks played live on a turntable! – together to discuss music, vinyl, and the relationship between lyrics and writing. In conversation with Tom Gatti, Culture Editor, the New Statesman. In association with New Statesman. 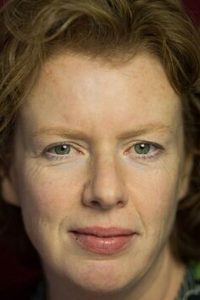 [button color=red size=small link=httpss://smockalley.ticketsolve.com/shows/873587800]Book Now[/button]
Is it a novel, meditation or travelogue? And should literature defy descriptions? Slovenian writer, critic, editor, screenwriter and photographer Dušan The brain, with all its unfathomable intricacies, is the most complex structure in the universe. Suzanne O’Sullivan, one of the UK’s leading neurologists puzzles out some of the most eye-opening symptoms medicine has to offer in her riveting new book Brainstorm: Detective Stories from the World of Neurology. Her previous book It’s All in Your Head explores the common (yet often misunderstood and seldom discussed) subject of psychosomatic illness. It won both the Wellcome Book Prize and the Royal Society of Biology Book Prize. 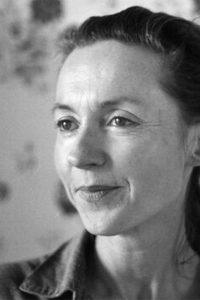 [button color=red size=small link=httpss://smockalley.ticketsolve.com/shows/873587886]Book Now[/button]
Kirsty Gunn is a New Zealand author whose writing is shaped by her life abroad in the British Isles. This sense of ‘placelessness’ has meant her writing itself becomes a place, and has inspired her particular interest in the form of the novel. She cites the great New Zealand modernist Katherine Mansfield as a key inspiration, and a presiding influence on her work. Kirsty Gunn joins us to discuss her influences and introduce her latest novel, Caroline’s Bikini, a charismatic and playful love story.

‘Kirsty Gunn gives us nothing less than a masterclass in the art of fiction.’The Guardian 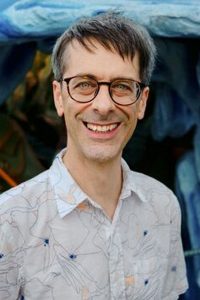 [button color=red size=small link=httpss://smockalley.ticketsolve.com/shows/873587887]Book Now[/button]
If you haven’t met Rabbit & Bear yet, you’re in for a treat! Find out where the idea for Rabbit & Bear came from, generate your own story and hear from his latest book, Rabbit & Bear: Attack of the Snack. Julian Gough is a novelist, playwright, poet, musician and script-writer who among many other things, wrote the ending to the phenomenally successful computer game Minecraft. Illustrated by Jim Field, the Rabbit & Bear books have been shortlisted twice for the Children’s Book of the Year in the Irish Book Awards, for the Sainsbury’s Children’s Book Award, and the CBI Book of the Year Award. 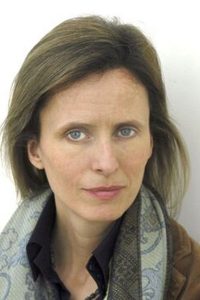 [button color=red size=small link=httpss://smockalley.ticketsolve.com/shows/873587803]Book Now[/button]
Once RTÉ’s youngest foreign correspondent, veteran journalist Orla Guerin is now BBC News correspondent covering the Middle East. Caelainn Hogan’s long-form essay work features in many publications, including The New York Times Magazine, which recently ran her cover story Braving Cancer Amid the Chaos of Syria. The Guardian described Samanth Subramanian’s harrowing recent book This Divided Island: Stories from the Sri Lankan Civil War (2015) as ‘a fine literary monument against the government’s attempt at imposed forgetfulness’. How do stories resonate through different time frames? Explore the future of reporting in an age of always-on news and instant opinion with this Irish based panel and chair Brendan Barrington, editor of The Dublin Review. 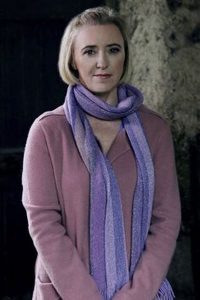 [button color=red size=small link=httpss://smockalley.ticketsolve.com/shows/873587804]Book Now[/button]
Liz Nugent’s debut Unravelling Oliver (2014) was a huge hit with book clubs and critics alike. It won the Crime Novel of the Year at the Irish Book Awards, and was long-listed for the International Dublin Literature Prize. Lying in Wait (2016) won an Irish Book Award and made the spring list of the Richard & Judy Book Club. Also well-known as a writer for broadcast, Liz will discuss her career and her new novel, Skin Deep, a dark, twisted and shocking story about one woman’s fate when her luck runs out.

An Túr: Tionscadal an Tarot / The Tower: The Tarot Project

The art of Tarot poetics began in Renaissance Italy with Teofilo Folengo and his contemporaries, and since then poets including W B Yeats, T S Eliot and Marge Piercy have used the Tarot in their work. Curated by Liam Carson, The Tower features Dairena Ní Chinnéide and Helen Ivory reading work inspired by the Tarot cards, with on-screen projections created by Margaret Lonergan. On his albums Desire and Street-Legal, Bob Dylan wrote a series of songs drenched in Tarot imagery, and a selection of these, transcreated by Gabriel Rosenstock, will be performed by Enda Reilly.

Check out the rest of the ILF Dublin events: